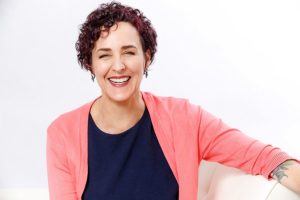 Like everyone who is looking to build a happy, healthy life, you have to build from your roots: where and how your life began.

Tamara Ridge, LMFT isn’t any different. We hope you enjoy her story of emergence. Her journey started with the spark of an answer buried deep within and grew into a developing awareness of self-motivating truths. From this she was able to claim herself as the guru of her own well being and be a teacher of others who stand ready to find their own path to safety, health, well-being and happiness.

While she was growing up, Tamara believed that the happiest, most successful, healthy life was surrounded by a “white picket fence” and looked something like a John Hughes film or a Currier and Ives painting. A serious student of how to create a good life, Tamara developed her template for successful living from the sources she knew best. Her interpretation of “The Rules” for how to create the life she wanted came from several sources:

These rules created the foundation for her personal evolution, with two custom additions. The first, a form of self-evaluation, started in childhood. Tamara had a persistent, very strong habit of looking at the realities of her life and comparing them to the outcomes related to personal health, happiness and well-being. The second addition: freedom. Tamara has sought freedom to grow, freedom to heal, freedom to choose without restriction throughout her life.

These two qualities paved the way for evolution on a grand scale.

Each time she found herself at the crossroads of unhappiness, personal self-evaluation and freedom were her references.

Living her life based on “The Rules” led to what seemed to be never ending circles. When she believed she had made a choice that would lead to greater freedom and happiness, she found herself back in unhappiness and wondering how the patterns continued.

How many times does a person circle back before they desperately set off on the final journey to find a hero to rescue them or a guru to teach them the illusive answers they seek? 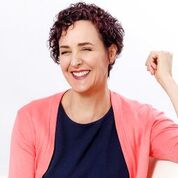 When Tamara began seeing the patterns and asking herself these very questions, she also developed a keen awareness that although she had worked very hard to remain awake and conscious in her choices, “The Rules” were still enacting their silent power over her every choice. The Rules had always maintained their power through the power of social interactions with others who held fast to the same principles. When guilt is the motivating factor behind the “White Picket Fence” it takes on the appearance and feel of a restriction instead of the intended gift or place of safety.

At exactly the moment when Tamara understood the depth of this dynamic, she could see clearly that guilt continued to play a part in her relationship choices. She had been trying to create her life based on a system of beliefs that ensured her greatest happiness and success while simultaneously trying to please someone else – or prevent others from experiencing the pain of their own choices.

The crossroads had presented themselves again. This time, Tamara could see clearly the underpinning motivations and dynamics down each path. On one road was the promise of autonomy, adventure, freedom, creativity, health and well-being. The other road (well traveled) held the intractable path of obligation, guilt and a philosophy for a life that didn’t meet her needs.

Remembering that freedom was a basic need that her childhood beliefs could and would not ever meet, Tamara moved forward with a sense of compassion for herself as well as for the template that no longer served her. The beliefs that made up the template weren’t inherently wrong. The patterns they encouraged weren’t the fault of those who had taught her in good faith. No. Instead, the old system was finally revealed as simply incompatible for the life Tamara wanted. In a state of psychological peace, her awareness simultaneously stretched over the past and into the future. She saw everything that she was and everything that she could be.

For most of her life, Tamara had been designing a new template to live by with the old one still in place. The result was mis-steps that prevented her from stepping into her true sense of worth and her best, most creative, happiest self. No matter how much progress she had made, one misstep based on a mistakenly held belief hindered progress for years. It was time to hit the delete button on the set of rules that no longer served her. 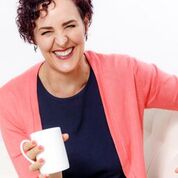 After hitting delete, Tamara felt first-hand the chaos that comes from getting rid of the old before the new is fully in place. However, she navigated roughshod over those jarring roads only to discover a method to travel smoothly without resistance to change. Her method is now crafted and refined; ready to pass on.

Tamara let go of everything she thought she knew and gained more wisdom than she had imagined. She let go of expectations and life started meeting her needs in abundance.

If you ask her about her life, she will tell you:

“I am proud to say that I am 51 years old. However, the reality is that up to this point, I have lived half of my life by other people’s rules. The truth is: I am incredible, talented, spiritually aware and full of life! I am my own best friend and guide. Oh! And I LOVE the freedom that brings me. I took my life into my own hands and designed a template just for me. It is not meant to be ‘passed down” or “on” to anyone. The joyous work of creating a personal template is up to each individual. All any outside source can truly do is guide an individual to their own answers.”

On November 22, 2017, if you witnessed a great surge of love emanating from Southern California, that was Tamara. She finally stepped completely into her own power and understanding. Everything begins with self. One of the greatest adventures she feels we can experience is discovering that we are our own hero. We have the ability to rescue ourselves from a life that does not serve us. Each of us is worthy of discovering the magnitude of our potential.

Like all of us, sometimes Tamara is her own enemy. Remaining good at getting out of one’s own way takes time and consistency, much like staying fit. Growth is an ongoing process. With compassion for self, Tamara holds the philosophy that evolution requires practice and introspection. She remains mindful in the ever-unfolding excavation process. To create new rules and melt the old ones we must follow the path of listening to the solar plexus chakra, discover the source of discomfort or dissonance, then eradicate the old scripting or belief. In doing so, we follow the path that Tamara leads: making our external environment resonate with a new, peaceful, healthy and happy internal reality. Like Tamara, we can also become our own ally.

Tamara’s family and friends are watching the change with incredible amounts of joy:

“What I am hearing from the people who love me is this: that I am finally seeing in myself what others have seen in me all along. They are celebrating me embracing everything they ever wanted for me. I have an ongoing consistent audience that is constantly feeding and supporting my change. Wow.”

Every person who embarks on a road to personal development and change is faced with a choice: to quietly treasure it, only sharing it with a select few or to guide others on their own journey. If the choice is to quietly treasure the change, there is a withdrawal which, in some ways prevents complete “re entry” into the world. Instead, they choose to protect and enjoy their new found peace. Tamara chooses to help others. 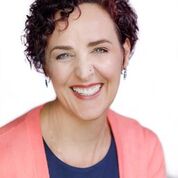 Along with Tamara’s personal metamorphosis has been a synchronicity with the Universe. Opportunity began pouring in almost immediately after she chose to embrace her new way of being. Tamara left a job that was not in alignment with her larger vision for her life. Yet, the same organization offered her an opportunity while maintaining their connection to her so that Tamara could step into her vision on a much larger scale. A beautiful new office now provides for her clients in a way the previous one could not. This is only the beginning.

The basic philosophy of Tamara’s old template was that if she did not conform to the rules, she would be a failure, unhappy and unhealthy. As a result, a lot of decisions were made from a fear-based motivation. Her new template is rooted in empowerment, a form of self-love. The result of making choices from a place of personal love is that Tamara knows she will continue to be happy, healthy and successful as she moves forward. There is no more fear of losing her freedom. There is no more “failure,” only opportunity. She trusts herself in a way she never has before. Tamara is more successful and prosperous than she has ever been in her life. Her happiness and health come from within.

Her biggest takeaway from this chapter in her life: 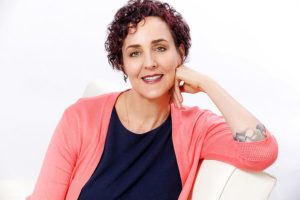 “People seem to always be searching for that one ‘guru.’ Some would argue that life is a guru. In the strength of my freedom, I would say that my wish is to teach others what I have learned for myself: ‘I am the guru of my life. And as such, I am safe in my own hands’. I no longer need to look outside of myself for the answers.”

This is the foundational philosophy underlying Tamara’s work at The Center for Healthy Relationships: to empower her clients to become the gurus of their own lives and to become safe in their own hands.